I have now been sort of active on App.net (ADN) for a few days and have made over 700 posts, most of which were replies. That proves that my Plurk ratio of 263,759 responses to 12,553 original Plurk posts is going to hold true. It also proves to me that I like App.net; it is a very bright place in the generally dim universe of social networking.

I have been involved in a number of conversations there regarding Conversation-Centricity; App.net already has some of it, but it still needs improvement. There are some great people interested and I have an interest in starting a project with the goal of building desktop and mobile ADN apps that concentrate on the conversation, but retain all of the tools (at least) made popular by apps like Kiwi.

Because I have spend so much time on Plurk, and believe it to be a great vehicle for intelligent discussions (although it is rarely used that way), I’ll use it for an analogy. Most people are put off by the Plurk web client interface, which looks like this:

The original posts or Plurks, i.e., those that are not responses to other posts, for all the people that you follow, are shown horizontally, with the newest on the left and the flow to the right as new non-response posts are made. When one clicks on a Plurk, the responses to it are displayed: 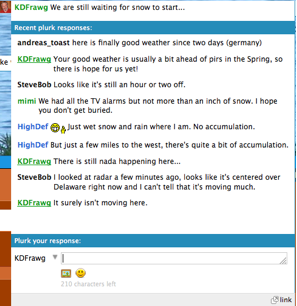 The horizontal timeline is not important to me. Rather, I am interested in the use of an “original” (non-response) post as a subject header, and the ability to display the entire ensuing discussion in a single listing, including all participants, ordered by the post time, with a space at the bottom for a participant to reply.

This conversational philosophy is maintained in mobile Plurk apps without any loss of utility. For example, the UniPlurk iOS app lists “original” subject posts vertically, like this: 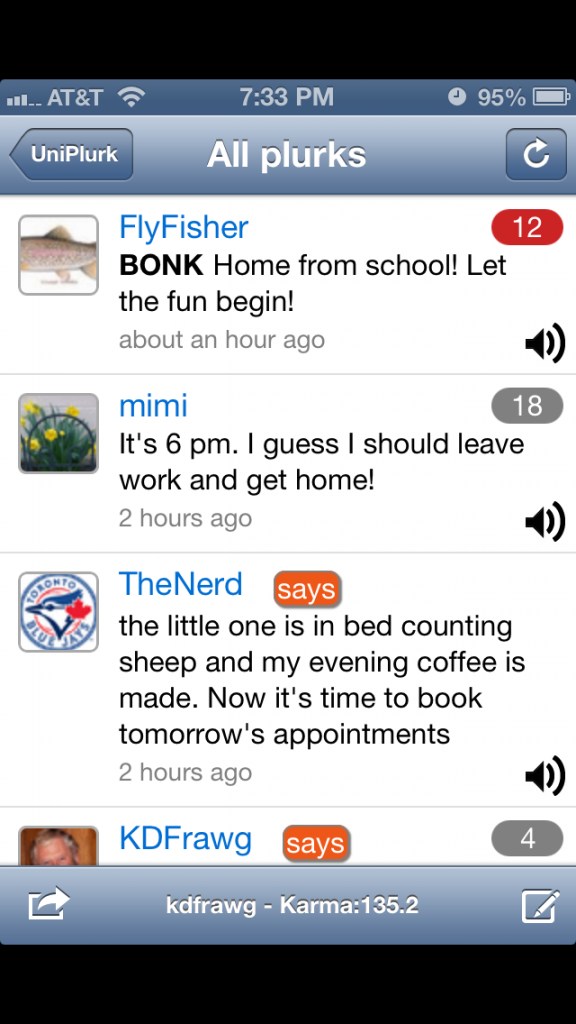 Tapping the subject post or swiping left reveals the conversation attached to that original post, as follows: 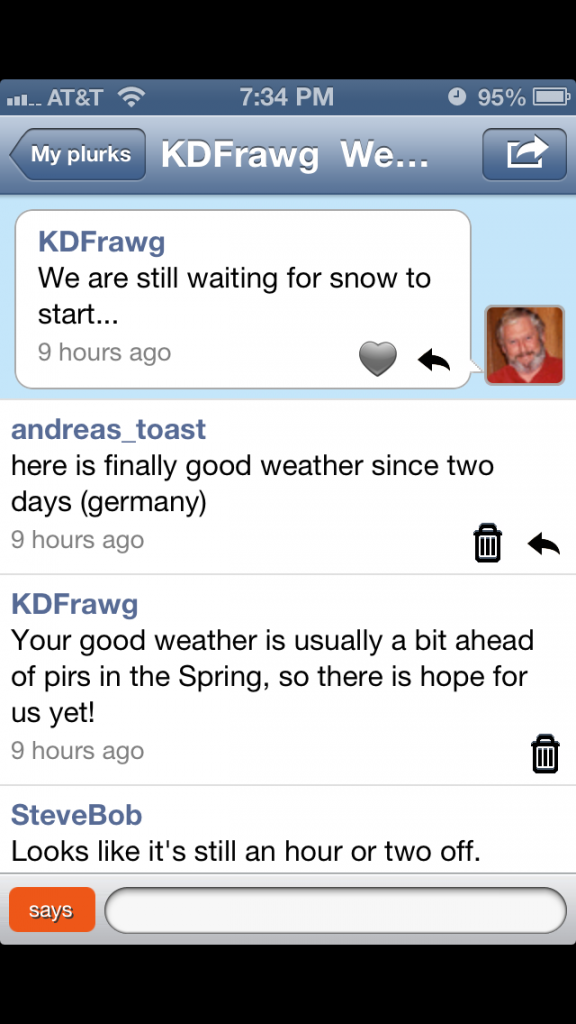 Please be aware that there are a few different type of timelines. The one shown above represents a depiction of “All Plurks,” i.e., all non-response subject posts. One can also get views that show only your own Plurks, only private Plurks, only Plurks to which you have responded. There is no equivalent to the Global stream.

That’s all I’m good for tonight. More tomorrow, including a lot of detail and philosophy, and some ideas on how to translate this into App.net.