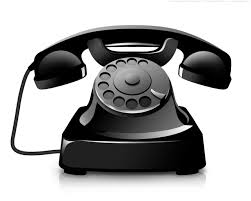 It is probably time for @Ello to put up or shut up.

I was about to write a post yesterday noting the cold hard fact that my personal stream had been reduced to a shadow of its former self. Posts that once got 250 looks are now getting 50 or fewer. When I queried users that had not been turning up any more, and / or had been silent for quite some time, the answer was always the same: the Web interface is not great, but the lack of a reasonable mobile app is keeping me from using Ello. And that makes sense. The world is a very mobile place and Ello has is totally missing that boat.

Then, lo and behold, I see that Ello has taken another $5.5 M from various and sundry venture capitalists. Well, I said to my self, “Self, that much money would pay for **A LOT** of mobile apps!”

Yet, today, when I go to the Ello feature list, what is the very last item on the list of pending features? Right! Mobile apps.

It is possible, I suppose, that none of the Ello-moguls has a smart phone. And, maybe they don’t get out much. Thus, they would not realize that the rest of the world has become very mobile indeed, as witness human behavior in every public venue known to man.

It is nice that you have publicly announced your intention to stay ad-free and not sell user-specific data. It is even better that you have changed your corporate structure to make that as permanent a concept as anything can be in this very changeable world. Thank you for that. It is what brought me here.

But none of that will matter if you insist on staying in the dark ages of internet usage. Plainly said, if you have to be sitting at a desktop computer to use Ello, the vast majority of prospective users are going to ignore you until you are totally dead in the water.

I happen to like Ello. I think other people would, too, if you would change your medieval approach to communications and make an API and some mobile apps available. If you don’t, your high moral ground will be very lonely place very soon.