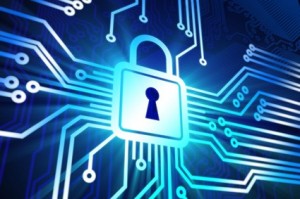 Let me see. The Chinese are hacking every data source, in or our of the cloud, that exists in America and other Western countries. Hackers in China, Russia, America, and probably the Vatican City are also hacking those same data sources in all countries, though with a larger emphasis on stealing money and a slightly smaller emphasis on stealing secrets. Both types of hackers clearly fall into the “asshole” category, and into at least the “lazy,” “crooked,” and “thieving” subcategories, with a checkmark in the boxes “obnoxious” and “otherwise useless.”

Programmers, on the other hand, continue to write code, each and every day, which is so bad in the “security” category that it makes no sense at all to even continue doing so. The holes in that code, regardless of the languages and best practices used, are obviously wide enough to drive a very large truck through. Perhaps that is why they call the internet an “information highway!” The interwebz are clearly in place so that it is easy for assholes to avoid what little security exists and to haul away information by the virtual truckload.

People in general (which is to say those who are not primarily assholes or programmers or both, as referred to above) continue, despite the clear proof offered by hackers and programmers, to trust their most sacred information to computers everywhere. This is so evidently stupid as to place ordinary humans at roughly the same intelligence level as the thieving assholes and the programmers without a clue about security.

Society has evolved into a meat-powered machine that requires computers to keep track of all facets of our lives. Programmers make it possible for us to do so, but make absolutely no useful provision to protect our information. Hackers exploit the stupidity of people in general and the glorious lack of any useful knowledge of security by programmers to rape and pillage all data, everywhere, at will.

If you don’t believe this because you don’t think you’re a stupid human or a bad programmer, just ask yourself this: “Are we or are we not being hacked every time we turn around?” Hackers, of course, know that all that I have said herein is absolutely true. It is time for people in general and programmers in particular to stop looking and acting smug until this crisis in computing is resolved. People are giving away everything in sight, with the help of every coder on the planet, and seem totally unwilling to do anything to change the situation.

For me, since I don’t really believe it’s possible to fix this, it’s generally back to paper and ink.